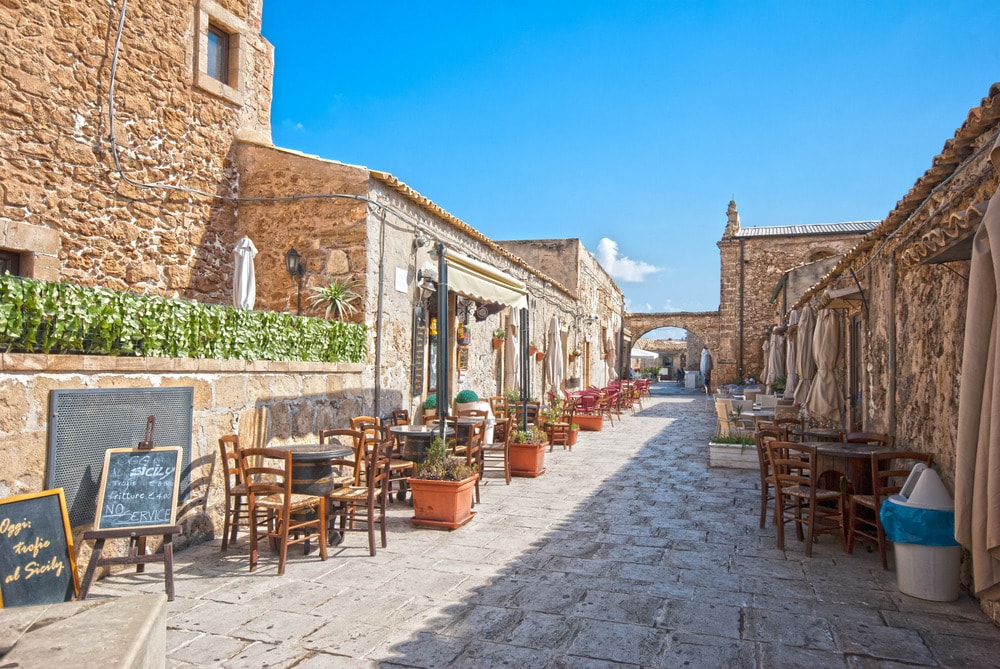 Seaside hamlet, part of which is the town of Pachino, which is about 3 km and a second part of the town of Noto which is 20 km away. It located in the province of Syracuse.

From the port of Marzamemi, in the past, they departed ships carrying large quantities of wine produced locally to the various ports of the peninsula. The wine was also transported by freight trains to various locations ester, having been provided with Marzamemi railway station.

Until December 31, 1985 was also reached by the travelers of the railroad trains from Syracuse and Noto, along the territory of the Nature Reserve Wildlife Oasis Vendicari, reaches Pachino.

A further source of development is the fishing and processing of fish products: famous is, for example, the bottarga of bluefin tuna, processed by hand using ancient drying systems derived from the Arabic-Phoenician culture.

Marzamemi has a beautiful beach: in recent years, has focused on tourism, offering the possibility of numerous landings equipped for pleasure boats. In summer, the population dramatically, thanks to increased housing developments sprung up near the ancient village.

In August Catholics celebrate Francesco di Paola, which they revered as a saint, with a procession of boats, maypole at sea and a regatta.

In 1993 the historic village was used as a location by Gabriele Salvatores for Southern films, starring actors Silvio Orlando, Claudio Bisio and Francesca Neri.