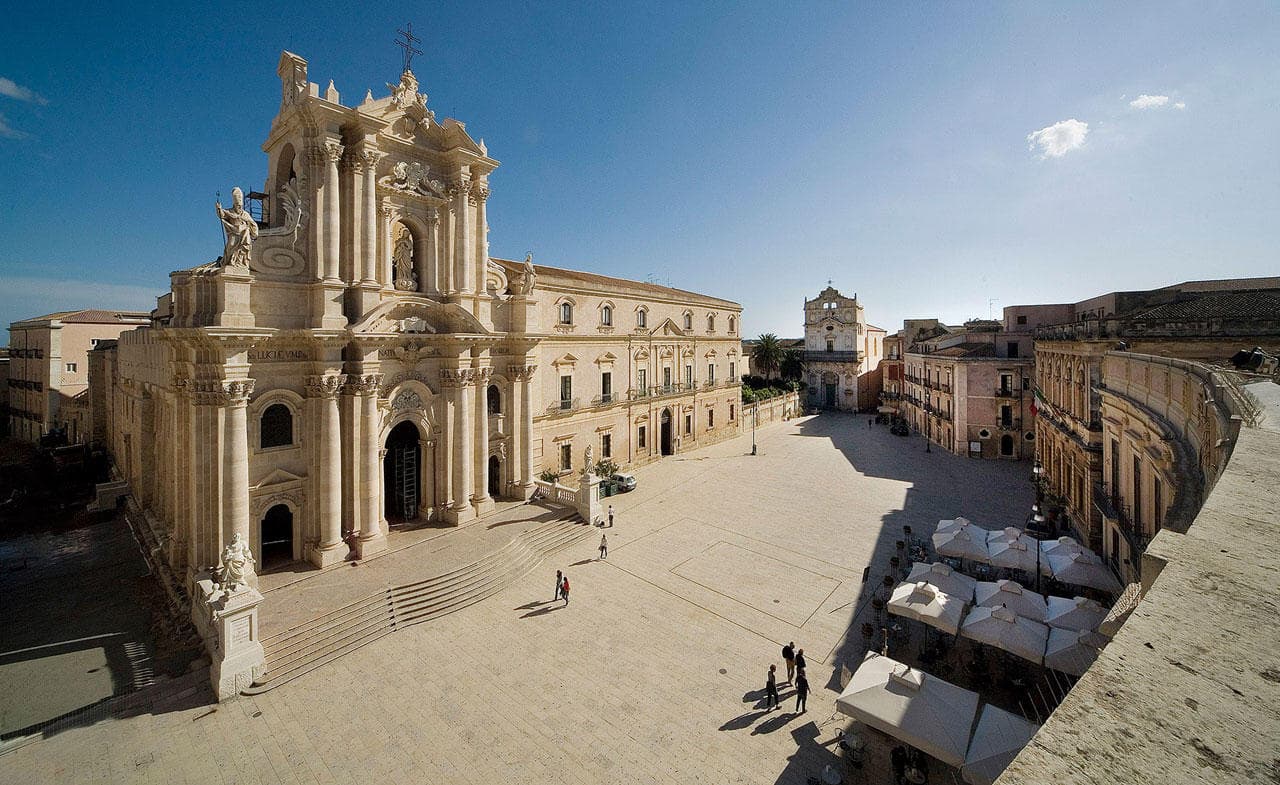 The cathedral stands on the highest part of the island of Ortigia , incorporating what was the main temple of the sacred Doric polis of Syrakousai, dedicated to Athena (Minerva) and converted into a church with the advent of Christianity.

Considered the most important church in the city of Syracuse, it became part of the goods protected by UNESCO as a World Heritage Site. His style is mostly Baroque and Rococo outside, while inside alternates parts dating back to the Sicilians, as belonging to the greek temple and parts dating back to medieval times, built by the Normans to the six hundred and so left until present days . Its internal structure is composed in different aisles and chapels, which have a classic style and decorated, also typical of the baroque.

Of great religious significance, it holds statues, relics and remains of saints, martyrs and noble Syracusan. Its furnishings have seen a succession of artists from all over Italy and abroad. Always Syracuse symbol of religiosity, the cathedral through the various stages of historical and cultural cities.

Inside there is the precious silver simulacrum of Saint Lucia .